This month we interviewed the LA Music Awards’ Male Singer/Songwriter of the Year, Tiamo De Vettori, on The Art of Outsourcing – how to get volunteers to enthusiastically do the things that you don’t like to do.

He also touched on cross promotion – how to minimize your work and multiply your fan base, and on creative ways to make money in the music industry (and other arts fields).

Additional Resources for this Interview:

Additional ArtistsMBA Classes on this Topic

Listen to the Interview:

Thank you for your interest. This content is visible to ArtistsMBA Professional, Mastery Program members only. Click here to login. 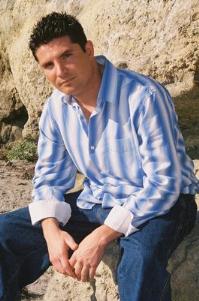 For music fans who want to feel connected, inspired, uplifted, and part of something bigger, we’ve found the artist for you. Often described as a cross between Jason Mraz and John Mayer, motivational acoustic-pop singer/songwriter, Tiamo De Vettori, was recently named L.A. Music Award’s “Male Singer/Songwriter of the Year” & San Diego Music Award’s “Best Songwriter”. Tiamo has been featured on FOX, CBS, NBC, and MSNBC and recently performed on stage at the Jimmy Kimmel Show. With a powerful voice, captivating stage presence, compelling lyrics, and melodies impossible not to sing along to, fans around the world have gravitated to Tiamo’s positive vibe and love for life.

Something that makes Tiamo so unique is that he is also a motivational speaker who combines his on-stage charisma with his inspriring personal stories, orginal songs, and acoustic guitar. Tiamo has performed and spoken to over 32,000 people around the country at seminars, trainings, colleges, and conferences, and has shared the stage with best-selling authors and speakers such as T. Harv Eker, Les Brown, Lisa Nichols, and Dan Millman. Tiamo has moved audiences since he was seven years old. During his childhood, he had the extremely rare opportunity to perform and tour the world with his Italian father, Franco De Vettori, an international opera singer.

Despite growing up on stage, Tiamo’s career as a singer/songwriter didn’t quite materialize until he intuitively hopped on a Greyhound bus headed for Virginia…just a few days after graduating from the University of Arizona. Shortly after, a close friend who had read Tiamo’s poetry and heard him sing, insisted that he explore the combination of songwriting and performing. Needing a friendly push, Tiamo had a hard time turning down his friend’s eventual offer to buy him a guitar as long as he kept one promise to his friend — get the guitar, let it sit in your living room, and as Tiamo’s friend put it, “the songs will just flow out of you”. Surely enough, Tiamo looked at his new guitar one rainy night, picked it up, and without any previous guitar experience, “accidentally” wrote his first song.

Tiamo has climbed to #4 and #18 on the Australian top 40 radio charts and is receiving radio play in 12 countries including the U.S. Aside from his international success, Tiamo can be found performing at some of the most popular venues in his home town of San Diego such as the highly celebrated Humphrey’s by the Bay, large college campuses including the University of California San Diego and San Diego State University, and other highly regarded venues such as the House of Blues, the Belly Up and Hard Rock Cafe. He has also performed live on San Diego’s most-watched morning news shows, News Channel 8 and News Channel 10, and and has been featured on some of Southern California’s most popular radio stations such as KPRI 102.1 FM.

With the international release of his CD entitled “Back to Love”, a vision of creating positive change in the music industry, and a gravitating persona, you can’t help but cheer on this modest, rising star.