Debra Russell, a Business Coach and founder of Artist’s EDGE currently based in New Jersey, combines her two passions — the world of entertainment with facilitating growth and change in people’s lives.

As a Certified Business Coach, Keynote Speaker and Workshop Leader, Debra works with creative individuals, groups and organizations to help shape their success in their chosen field.

Debra specializes in serving the Arts and Entertainment Industries coaching performers, writers, and visual artists as well as executives, producers, venue owners, agents and those involved in production. 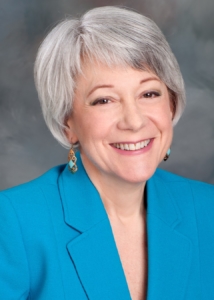 As part of her work with the Entertainment Industry, she also works with Professional Athletes and those associated with the Sports Industry. 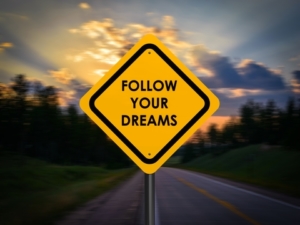 “It is My Mission and My Purpose, as a business coach, to work with creative individuals who dream of using their creativity as the focus of their career/business.

Artists who long for a full-time living as artists. Musicians who dream of quitting your day job to make music. Anyone who chooses to “follow your bliss” and serve your higher purpose in your every-day income-earning lives.

I coach you to create a prosperous and sustainable living doing what you love and fulfilling your purpose while taking really good care of yourself and your family.”

Well known as a Music Business Coach, Debra has also created several innovative programs which have been presented at entertainment industry trade conferences including SXSW, the Western Arts Alliance, TAXI Road Rally, NSAI’s Songposium and Advanced Songwriter’s Camp, San Francisco Women’s Film Festival as well as to private groups and organizations in the US, Europe and Australia.

These programs form the basis for the Artists Marketing & Business Academy, which opened its virtual doors in 2005.

As a child, Debra learned from her mother, the CPA, how to budget and how businesses work from the early age of 11. From her father, who held a PhD in Experimental Psychology, she was gifted with an intuitive insight into human behavior.

As an adult, she has discovered that she can combine both of these talents through coaching to inspire deep and lasting change in her clients and empower them to create real success in their business and their lives. 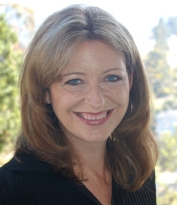 I accomplished my goal of signing with a top literary agent the first month I was working with Debra! The lessons I’m learning about goal-setting, my mind-set and beliefs, and my willingness to take responsibility for my life will continue to propel my career forward. My self-confidence is at an all-time high! And hey, I’m just getting started!

Debra’s own creativity began in her teens when she began acting in high school and later appeared in off-Broadway productions in NYC. It was during this time in her career that she also began producing and leading personal development programs setting the stage for the eventual development of her company, Artist’s EDGE. While earning her BFA in theater from Syracuse University’s conservatory program, she also studied directing as her minor. She moved to Los Angeles and worked in the production side of the film and television industry, commercials and music videos.

On the brink of fulfilling her dreams of directing and producing films, life took a distressing turn. She was diagnosed with Myalgic Encephalomyelitis (ME) in 1995 and spent several years learning to manage her illness.

Knowing she would never be able to return to film, Debra did a lot of different things, wondering, “What am I supposed to do now?” And then in 2001, coaching found her! (Ask her, she’ll tell you the story!)

For the past few months I’ve been working with Debra Russell, focusing on time management. Speaking as one who routinely overworks but has little sense of how to manage his time efficiently, I can testify that this work has been enormously beneficial. I highly recommend Debra’s services.

In 2001, Debra trained with the Australian based Results Coaching Systems and became a Certified Business Coach. She extended her training to also be certified as a Lead Trainer and spent a year training coaches for RCS. Always looking to expand and improve her skills, Debra continued her studies at Thomas Leonard’s Graduate School of Coaching. In February of 2008, she began her training with the Christopher Howard Training Company and quickly achieved her Master Certification as a Results Coach and as a Master Practitioner in NLP, Neurolinguistic Repatterning and Ericksonian Hypnotherapy.

Working with Debra has been more than important for my music — it’s been essential. Having just completed production of my first solo CD, “Lucky,” I see now that our work together is directly responsible for my having made a top-drawer recording that matches the vision I’d been carrying around in my head for a year.

The tools Debra gave me provoked me into doing my absolute best work and surrounding myself with the players and engineers who would do the same. Had I not been working with Debra, I’m quite certain I would have settled for a good deal less — from myself and others. Debra helps me “rise to the occasion,” and I believe in the value of this process completely.

For More information on Hiring Debra to Speak to Your Group of 40 or More:

Find What You Need