I was having a conversation with a client the other day.  He’s an engineer and is always working on cutting edge, invention type stuff.  He said that setting goals doesn’t work in this type of  design.  Because when you are inventing something for the first time, you don’t really know what you’re going to end up with.  And that it rarely looks like what you were thinking about inventing when you started out.

I suggested that you had to at least have some general framework of what you were creating.  Even if only in terms of a problem you’re looking to solve, otherwise how could you even begin? I suggested that setting an umbrella goal, a goal that determines the general direction is better than no goal at all. 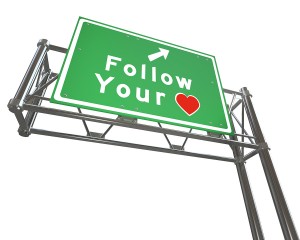 And if you up with something different than you expected, that’s all good.  It doesn’t invalidate the original goal – you just assessed and adjusted as you proceeded down your path.  That’s step 6 in the S.P.E.C.I.A.L. Roadmap to Success!

After we finished our session, I got to wondering about this and thought, perhaps that’s one of the challenges for artists as well.  If you’re sitting down to write a piece of music, do you know what you want to end up with?  Or is discovering the music part of the process, just like discovering a new invention?

Don’t you have to start with some general idea of what you are creating, even when you are inventing something from scratch?

What Does This Have To Do with Goals?

This process is true with all goals, not just in design but in all areas of your life.  You are inventing something from nothing.  You are bringing choice and direction to your path in the present and creating the vision of your life in the future.  The pursuit of your goals is always an invention of something you didn’t have before.  And you won’t really know what you have until you are there.  Because you don’t know what you don’t know.

Goals are Always a Leap of Faith!

But that doesn’t mean you don’t set Goals, specific and measurable.  As you work through the process of birthing those goals, you will hone and sharpen them, even completely rewrite them.  But if you don’t set specific ones now to the best of your ability, with what you know to be true now, then you won’t get to work bringing those goals into fruition.

So what if it changes as you go?  That neither lessens the validity of the goals you set today nor undermines the life you are creating for your future.  It’s just part of the process.

How to Use Goals, Actions and Strategies to Craft a Plan
Scroll to top