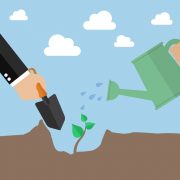 im·ple·men·ta·tion /impləmənˈtāSH(ə)n/ (noun)
the process of putting a decision or plan into effect; execution.

As a creative business owner who loves what you do, you are probably inundated with great ideas every day. You probably get them in the shower, as you’re driving, while you’re sweating on the treadmill. But how many of those great ideas do you put into action and see through to fruition?

That’s what I thought. I know, I know, it’s hard! You’re so busy running your business. It’s hard to find the time for something new. A new idea may require you to learn new skills to bring to fruition. It may involve getting help, spending money, investing time.

And new is scary. What if it doesn’t work out? How do you know if its the right idea at the right time?

Of course, there are no guarantees. But think about it. What if Steve Jobs had never moved forward on the iPod? What if Ford never invested in the assembly line? What if John Adams and Thomas Jefferson quit before writing the Declaration of Independence?

What world changing, business revolutionizing, life impacting idea have you set aside because you just don’t have time?

So, how do you, as a ridiculously busy entrepreneur make your ideas a reality?

Create the Structure for Implementation 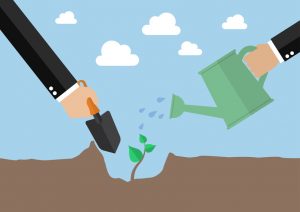 If you are not implementing ideas, it is likely because you don’t have an existing system or structure for taking an idea, developing that idea into a plan of action and then implementing that plan. So the seed of the idea floats around for awhile but doesn’t find the fertile ground to settle into and begin to grow.

Put a few simple structures into place and your ideas will have a place to land:

Implement One Idea at a Time

I recommend serial monogamy when it comes to projects – 1 project at a time! Too many projects means you won’t effectively deliver on any of them. So pick one idea and for all the rest, keep them in your idea notebook for the future.

So how do you decide which idea to pursue?

Once you’ve picked your idea:

You may discover from this process alone that your idea isn’t really going to work. That’s OK – it’s not wasted effort. Because you will have learned a lot – and you may find a way to pivot your idea or this may open up other ideas or clarify ideas you’ve already had. Just pick the next idea and move forward.

Put Your Idea into Action

Once you’ve made the decision that this idea is the one you’re going to move forward on, make a specific schedule in your week for when you will work on it. Get coaching and support and most importantly get into action.

Let me know how you do in the comments!

Choose a Theme for the New Year
Scroll to top