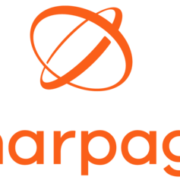 or Why I Recommend Against Using LunarPages to Host Your Website

The last 2 months have been a virtual hell for me (pun completely intended).  Sometime in the middle of May, I started noticing real problems with my website.  I was in the midst of doing a lot of content creation and tweeking to the big overhaul I’d done in February.  But everything was taking so long.  It was hard.  It was frustrating.  But then it got worse.

I started getting complaints from clients, customers and paying Members that they couldn’t access my website.  That it was timing out, locking up, going down.  And so, I filed a ticket with Lunarpages customer service.

Their initial response was to blame my website.  There must be a bad plugin or script causing the problem, because Our server is just fine.  So, I spent time and money, spoke to multiple web programmers familiar with both WordPress and Wishlist Member (the wordpress plugin that runs my ArtistsMBA Program).  And while we did find one bad plugin and deleted it, instead of things getting better, they actually got worse.

In the month that followed, I spent hours and hours on the phone with their “support” team – feeling very UNSUPPORTED BY THEM.  A lot of that time was spent on hold.  Then I had to explain, AGAIN, what the problem was.  After each call, I would get the standard form letter from Lunarpages – blaming my website – there must be a bad plugin or script because Our server is just fine…

After about 2 weeks of this nonsense, I signed up for a tool that pinged my website every 5 minutes – and started sending them  the outage reports – multiple outages daily.  And their response – well, these reports could be false positives, or my favorite – that the testing could actually be causing the problems.  Seriously?

Except that I COULDN’T ACCESS MY WEBSITE WHEN THE REPORT SAID IT WAS DOWN.   Consistently.  And I could tell when it was going down because it would get very slow (it took over 5 minutes to save a post that was under 300 words long).  And then, I’d get the report from the tester that it was down – coincidence – no, I don’t think so.

So, I started complaining on Twitter.  #Lunarpages sucks was my favorite tag.  And then, interestingly, almost immediately on June 21st, (3 weeks after my initial complaint) I get an offer from them:

I would like to offer you a free move to a different shared server. If the issue is indeed with the server itself, moving your account to a new server should resolve the issue immediately.

To which I enthusiastically and immediately replied – YES PLEASE!!!  After which Lunarpages did nothing.   It took 7 more days, 3 phone calls (with wait times of at least 20 minutes each time), several more emails telling me that it was my fault and my problem.  Finally, I happened to get the same support tech who opened the ticket back in May.  And he was shocked – yes shocked – that it hadn’t been moved.  He upgraded it and finally it was moved.

Do you know what happened – as they suggested – moving my account to a new server resolved the issue immediately.  Wow, what a relief.  Finally I could get back to work on what really mattered – running my business, serving my clients.  My virtual hell was over –

About a week after this happened, in a lull in my frantic catching up now that my website was working, I sent an email to their Feedback department.  Basically laying out what crappy customer service I had received and now that the issue was solved and it was a problem with the server – as I’d suggested when I filed the original ticket – how were they going to maintain their guarantee to me of 99.9% uptime, which had been broken every day for a month.

Coincidentally (?), the next day, fully a week after the website was moved to a new server – I got an email from support:

My deepest apologize for any inconvenience, but when we had your account transferred to QUANTZ I forgot to mention that this is only a temporary solution and you must take actions in order to have your account suitable for our production servers.

WTF?!?  So, I called, again.  And this time, I insisted on talking to a Supervisor.  And he told me a very interesting thing.  On May 8th, the server that I was on was converted to something called Cloud Linux.  And as a result, instead of having access to whatever resources were available on the server, as long as someone else didn’t need them, I only had access to 2% of the CPU processing resources and if I went over that limit the site would shut down.  Well, gee, golly wiz – why did NO ONE ELSE MENTION THIS?  My website hadn’t changed – they changed the rules.  Hmm – did I get a notice about this?  Did I receive an email from them telling me I was using more than their new rules allowed?  Ummmm, no.

Oh, and the reason moving to the new server fixed the problem?  Oh, because it wasn’t a cloud linux server.  So, I asked him to get back to me with a recommendation for a permanent solution and some prices on that. But he never got back to me.  Shocker.

The next day, I get an email from their “Quality Assurance Department” in response to my email to “feedback”.  He asked me to call him, which I did.  In that conversation (which happened on Friday July 8th) he made several promises to me:

First, that I would remain on the working server until further notice, and that I wouldn’t be moved until we had found a permanent solution to the issue.

Second, he would come back to me with compensation for my trouble.  Later that day, he did call me back and gave me 3 months added on to my contract.  (3 days for every day of outage). And should I have any more problems, I can think of him as my point man – just call him and he’ll take care of it.  His hours are Mon-Fri 10:30AM PST (this is important for the next part).   And again – phew – my virtual hell was over –

Sunday morning, my website was moved back to the original production server that created all the problems.  And immediately the site went down again.  No, seriously.  So, the promises were good for all of about 36 hours.

I called and of course this guy is not working, its a SUNDAY!  I spoke to their service department (after a 30 minute wait on hold) and even though they could see all the notes on the file that said – DON’T MOVE THIS ACCOUNT – they couldn’t move it back.  Sorry.

In the 2 months, I’ve spent time and money, lost members (more money), my Google ranking plummeted and my bounce stats went through the roof – after all, if a website doesn’t load, do you stick around?

So, I’ve switched to Hostgator.  Funny, I got an email from Lunarpages about 2 days into the propagation wondering why my DNS had changed?  After all, they promised they wouldn’t move me off that server that actually worked ….

Yesterday I received a generous refund from LunarPages.  In addition, I got a call from their VP of Sales.  He’d read this blog and wanted to talk.  I was a bit nervous, but what he wanted was more feedback!  That’s impressive.  A company that actually wants to know why a customer leaves so that they can improve their service.  I still can’t recommend LunarPages, because I think the Cloud Linux system is flawed.  But if/when they fix those performance issues and if/when they address the tech support issues – I may change my feeling.