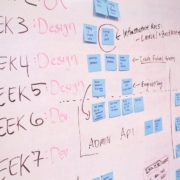 Every year, I take some personal time to assess, adjust, write new goals for the New Year and make a plan for achieving those goals. I’d like to share part of this process with you – and encourage you to use it for yourself to create a powerful, prosperous and joyful 2011. I hope you will find this peek into my process helpful.

In this second post, I’m continuing the first section of my process which comes from Brendon Burchard, author of Life’s Golden Ticket. This series of questions helps me to look at the year past as well as clarify what I want for the coming year. I’ll be answering them over the next several blog posts.

Wow – there really aren’t any people in my life I consider draining.  Isn’t that interesting?  I’ve really created some empowering and positive relationships.  There are some peripheral people but no one who is in my immediate circle.

In July, I started working with someone partly as coach and partly as personal assistant.  In all truth, I had a strong instinct before I started working with her that she was a crazymaker (for a full definition of that, read Julia Cameron’s The Artist’s Way).  But I ignored that instinct because I needed the money and because there might be a trip to China in the offer.  So, I ignored my intuition and went ahead with the job. It became clear to me within 24 hours of working with this person that she was going to suck the life out of me.

In the past, I might have continued working with her – because I don’t quit – that’s part of who I am.  But I quit this job immediately.  And when she attacked me (verbally) for quitting, threatened to damage my credibility and used it as an excuse not to pay me for the day of work I delivered – I could have been drawn into her drama.  I could have sued her for non-payment.  I could have pursued legal action because she wrote a bad check.  I did none of those things.  I decided that the energy drain wasn’t worth the money she owed me.

This person would have been a huge energy drain had I continued to work for her.  And even after that, she could have continued to drain me while I fought to be “right”, pursuing her legally for the money she owes me.  For the first time in my life – I saw the trap and evaded it. I’ve often fought battles that were not in my best interest because I wanted to be right.

I think I’ll add this to things I’m proud of myself for!

Even though I don’t currently have energy drains in my life, I think this is worth looking at – because obviously I did something well in 2010 that I want to continue doing.  So:

Free time?  What’s that!  I didn’t give myself nearly enough free time, play time, open time, down time.  I definitely have workaholic tendencies.  Something for me to look at.

I definitely pushed my energetic limits in the last part of this year.  In a way, I’m proud of that – part of my recovery from Chronic Fatigue Syndrome is the ability to push my limits periodically without relapsing.  But, I did spend some time this last week really resting.  And I’ve recovered my energy level nicely.  So even though I pushed myself – and circumstances really required that push – I didn’t relapse.

Overall, I haven’t exercised as much as I’d like.  And I’ve regained some of the weight I took off in previous years. I didn’t live in a good walking area and I didn’t take advantage of the opportunity to walk near my office.  I consistently chose work over self-care.

However, I received body work every month, got the occasional pedicure and monthly haircuts.  All of which makes me feel good about my body.

So it’s a mix, and something I definitely will be looking at as an area for improvement in 2011

Mostly this is around spending time, either on the telephone with family and friends who live far away and in person with those who live close to me.  Again, choosing work over relationship.

I really regret not spending more tourist time in the Bay Area while I lived there.  There were so many places I wanted to explore.  Museums.  Landmarks.  So many events I would have liked to participate in.

One of the biggest challenges for me living in the Bay Area during this last few years is that while the economy has tanked and my business has been knocked down (but not knocked out) – my cost of living has only increased.  San Francisco is really an expensive place to live.  And I often felt that I couldn’t afford to stop work in order to play.  I couldn’t afford to spend money on having fun.

This was a message I gave myself a lot last year.

However, I also feel like it’s a message I cleared at Billionaire Bootcamp by installing the mindset of a billionaire.  And I’ve noticed a major difference in how I feel about these issues over the last few weeks.

@artistsedge
Planning for the New Year – Part One

Planning for the New Year – Part Three
Scroll to top