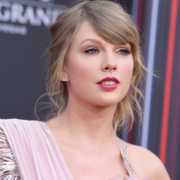 I wrote this to Bob Lefsetz in response to his rallying cry for Taylor Swift and against the almost universal online and mainstream media bashing.

Everything’s got to come out.  Honesty is the best policy in a crisis.  We’re a forgiving country.  Tell the backstory, the true story, of how Scott spent so much to make Taylor happen.  Not as a tale of millions spent, but as a father doing everything to make his daughter’s dream come true.  Release video of Taylor singing at twelve.  Show the arc of her development.  Make the Grammy appearance part of her development.  Instead of the end of the story…

This is serious business.  Just look at John Edwards.  The aforementioned Tiger Woods.  There are people who specialize in handling these crises.  Hire one.  Because the team in control of Taylor Swift’s image is woefully overmatched.  I wouldn’t call it a public relations offensive but an explanation, a bringing of the public into Taylor Swift’s heart.  Don’t throw stones at your enemies, hug them tight, by admitting your faults and showing that you’re reasonable, and dedicated to solving the problem.

I so agree with you.  And all she’s got to do is say – “Whoa, I’m 19 (or whatever age she is, I don’t track these things).  I’m working with a vocal coach.  I’m working with a guitar teacher.  I’m always working on and improving my songwriting skills.  When you’re an artist you must always be working on and improving your skills.  I know I’ve got room for improvement.  Who doesn’t?”

Being able to sing on key, support your breath, harmonize – these are skills.  Some people are born with a large amount of talent.  The rest of us need to build our skills.  And the truth is, it is more likely the people who have to work very hard to achieve high proficiency are more likely to be successful in the long run, than the folks for whom it comes easy.  Because those of us who have to work hard all along – become used to hard work.  So, when the going gets hard, we just buckle down and get to work.

It’s also extremely rare for someone to be hugely talented across the board.  You’ve said yourself, she’s a talented songwriter.  I agree.  I also think she’s a talented performer and producer.  But she needs to build her skills in other areas.  Hey, she’s young – give the girl a chance, will ya?

@artistsedge
Creation of a Successful Year

The Mindset of a Leader – Part 3
Scroll to top